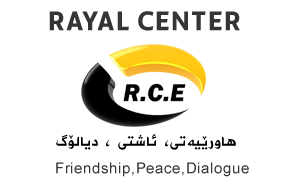 A festival promoting cultural tolerance has been held in the northern Kurdish region of Iraq. Dances and theatrical plays were performed by groups representing various ethnicities and nationalities. STORYLINE: Iraq is home to a variety of cultures: Sunni and Shiite, Christian, Kurds and Turkmen. And relations are frequently uneasy. But in Ranya, a festival is promoting tolerance. The Festival of Cultural Exchange and Diversity has been held for five years in the Sulaymaniyah governorate. This year, 11 groups from Iraq and beyond are performing for the huge crowd. From close to home, Kurdish traditional dances get a warn reception. But there are also displays of Arab dances from across the country. Abbas Najah is a member of the Kirkuk National Band which aims to incorporate the city’s different ethnicities. “We are participating by performing a unique folklore show of the city of Kirkuk,” he says. “It will be represented in four shapes and they are; Arabic, Kurdish, Turkmani, and Chaldo-Assyrian.” The wider Middle Eastern region is also represented with groups from Iran, Egypt and Syria taking part. The distinctive spinning of the Sufi whirling dancers grabs the audience’s attention. Ibrahim Ahmed, manager of the Egyptian folklore band, believes art forms like this are “pushing aside” politics. “The art makes you not to think about politics by taking you in the other direction,” he says. The festival is organised by Rayal Centre for Cultural Exchange, a non-governmental organisation based in the northern Kurdish region of Iraq.